Chicago Messes Its Bed, Then Asks Us To Clean It Up 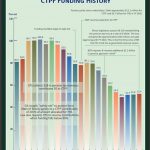 The big issue in Springfield this week is the school funding bill, SB 1, which contains the new funding formula for schools. The governor claims, and he’s right, that the bill contains a provision that, in effect, diverts money from education to bail out the Chicago Public School pension system. Therefore, even though he’s willing to sign a bill containing the new funding formula, he’s not willing to sign bill containing this poison pill provision.

It’s being said that even though we’ve passed a budget, unless SB1 is signed by the governor, schools cannot open in the fall. I don’t agree with that, and I’ll tell you why shortly. However, before we get into the meat of the bill, I thought it’d be a good idea to give you a little bit of history about how the CPS pension system ended up in the condition that it’s in.

In 1995, a deal was struck between CPS and the State of Illinois, a deal which gave control of CPS to Mayor Richard M. Daley. Part of the arrangement called for the Chicago Board of Education to have the flexibility to mingle education funds with funds formerly earmarked only for pensions. As part of the deal, the General Assembly agreed to let CPS quit paying anything into the pension fund for 10 years and, instead, use the money for other things, like teacher salaries, with the hope that the state would boost its contributions in that period. (Yeah, right.)

In an article written by Greg Hinz in November of 2012 and published in Crain’s Chicago Business, the story continues. It’s a great article, and you should read the whole thing. Here’s a big part of it:

“For awhile, according to Mr. (Kevin) Huber (executive director of the Chicago Teachers’ Pension Fund), things worked out all right. With the stock market taking off in the late 1990s, CTPF’s “funded ratio” of assets to anticipated liabilities actually topped 100 percent for a couple of years…

But when the market dropped, so did the funded ratio. By 2005, it was down to 79 percent — due not only to the market decline but to the absence of a cumulative 2 billion dollar pension-payment holiday (emphasis mine).

In 2006, the board resumed making payments. Then came another crisis and a predictable response: Ron Huberman, CPS chief at the time, went to Springfield and got another, partial pension-payment holiday. This one lasted from 2011-13 and allowed the board to put in only $200 million a year — not the $600 million it was supposed to contribute.

Though then Chicago Teachers Union Vice President Jesse Sharkey says he recalls the union objected in Springfield, other sources say any objection was perfunctory. The key votes were 48-6-3 in the Senate and 92-17-7 in the House, which ought to tell you something.

Why wasn’t there a bigger fight? After all, the funded ratio, predictably, has kept dropping and was down to a miserable 59.76 percent in 2011.

Perhaps the reason is that, financial crisis or not and plummeting funded ratio or not, CPS kept delivering nice, sweet, across-the-board raises to CTU members like clockwork.

Between 1995 and 2011, the board agreed to annual pay increases of between 3 percent and 4 percent every year. And, I stress, those were across-the-board raises, above and beyond the “step” hikes for experience, obtaining a higher college degree, etc.

Put a different way: Between 1995 and 2011, any teacher on the payroll throughout that period was entitled to an 82 percent raise — before step hikes. (Again, emphasis mine)

When Mayor Rahm Emanuel came into office, his new board cancelled the last negotiated 4 percent hike, for 2011. But the horse was way, way, way out of the barn by then.

In 2014, the latest pension holiday will expire. That means CPS and taxpayers are on the hook for at least another $400 million or more in pension payments a year. That’s why you hear officials talking about a $1 billion CPS deficit next year.

The union’s Mr. Sharkey says the CTU clearly understands that no one in the union wants “an insolvent pension fund.” All sides need to sit down as a group and negotiate something, he says. CTPF’s Mr. Huber is holding out hope for a pending bill that would reduce the unfunded liability to zero by 2059 — if, that is, nearly bankrupt Illinois will pony up another $200 million or so a year, and if CPS increases its contributions 7 percent a year, every year.”

So there you have the background. Chicago messed its own bed and now is holding a new funding formula hostage in order to force the rest of us agree to clean it up. You’ve heard them say that it’s not fair that they pay into their own pensions and also pay for downstate pensions with their income tax money. There are more than 2 billion reasons why that’s not true. Cry me a river.