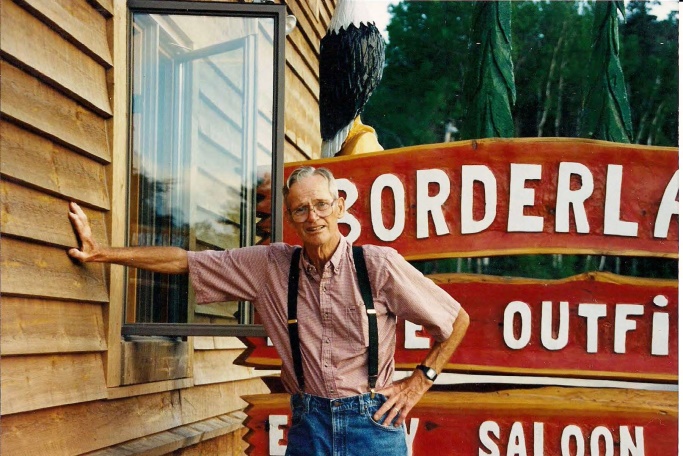 Back in the early ‘90’s, a client of mine bought an old lodge up on Crane Lake in Minnesota and spent a small fortune fixing it up. It became a go-to destination for my dad, my brothers and me to spend a week together doing things we never did when we were growing up. Dad lived for those trips, and I’m convinced that they kept him alive for years.

When dad passed in 1997, I told my brothers that we should still go up North, but so long as I could portage a canoe, I wanted to go into the Boundary Waters Canoe Area, which is a national wilderness area of several million acres of lakes, islands and forests where motorized craft are prohibited and all you get in the way of campsite amenities is a fire grate and a box latrine.  Whatever you pack in, you have to pack out.

For over 20 years (with periodic interruptions) we would take a shuttle boat across Lac LaCroix and be dropped off on a rock just over the Canadian border and paddle our way into some of the most spectacular scenery in the country and which is listed on National Geographic’s 50 Places of a Lifetime “Paradise Found” list. 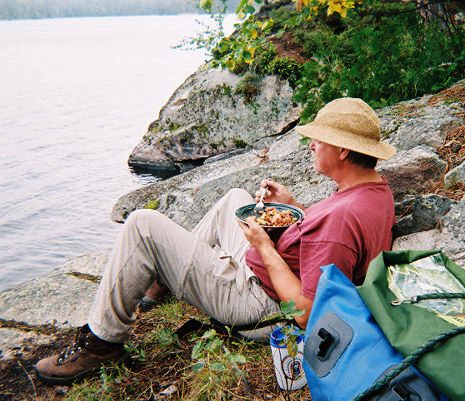 The trips always lived up to the promise (mosquitoes notwithstanding). A week of incredible quiet, where right at dusk the lake would turn to glass and you could hear loons calling to one another across miles of water. Nighttime shot full of stars, the Milky Way so bright it would cast your shadow, meteors streaking across the sky and the occasional thrill of the Northern Lights. One year we caught sight of the International Space Station hurtling across the heavens.

We were never great fishermen, but we always caught enough for supper (even if it was the occasional Northern Pike with its troublesome “Y” bones).

I had a black lab that I’d take with me, and Jake would swim from island to island to keep track of us as we paddled around the lake. He was a great dog.

I just returned from the BWCA, and I learned that though the wilderness is constant and unchanging, I’m not. It’d been some time since I’d been up there, and that constant and unchanging wilderness showed me how much I’d changed since I was last there. The years are taking their toll, and I found myself struggling to do the simple things like climbing out of my tent. What was once easy had become an ordeal.

There were also a few cracks in the plaster of Paradise, as well. On 3 consecutive days a guided fishing boat came through and parked itself in front of our campsite in complete violation of the prohibition against such vessels in the Wilderness area. I filed a complaint with the Forest Service with the hope that they’ll come down hard on these people. The ticket for each violation can run as high as $5,000, and we know who the culprit was.

One of the beauties of the BWCA is the total lack of cell service. You’re completely cut off from modern communications, or so I thought. I didn’t go up with my brothers this year, that’s a story for another day, but went with an acquaintance from Springfield. On the day we were to break camp, my traveling companion turned on his cell phone to take a few final pictures and 62 text messages showed up on the screen. It seems that even out there, we can’t escape the reach of technology if we choose to let it in.

I guess it’s time to move on.