Let’s Leave the Mud-Wrestling to the Democrats 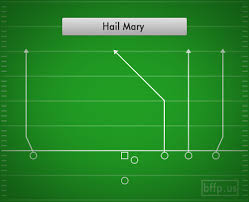 We’re all familiar with the term “Hail Mary”. It happens in football, and it happens in politics. The ad thanking Governor Rauner for all of the social-policy failures of his first term is just such a thing.

I’ll dispense with a discussion of how offensive it is on so many levels, others have said everything I could say. I’m sure the fevered minds who came up with this ad are looking in the mirror and congratulating themselves on how clever they are without giving a single thought to what it’s going to look like when we’re seeing it coming back at us in October.

The last 4 years have been a target-rich environment of failure, from going over two years without a budget to negotiating away every part of the “Turnaround Agenda” without getting anything in return. Everything confronting our state, from underfunded pensions to out of control property taxes to job flight, is being overshadowed by this ad. Not to mention the fact that this election will determine who draws the legislative map that will control the political landscape for the next decade.

We run a real risk of ending up with a billionaire Democrat who thinks that the office of Governor is an entry level position or one of two others who think that there’s no problem that can’t be solved if we would just raise taxes. So with everything that’s at stake, there’s plenty to distinguish the two candidates for the Republican nomination for Governor without resorting to the kind of mud-wrestling we normally see from Democrats. Let’s elevate the discussion, shall we?