Last week, a bill (H.B. 2354) was introduced in the Illinois House which creates a “Firearm Restraining Order”. It’s a bill that focuses on the intersection of mass shootings and the issue of mental health. Actually, what was filed was an amendment to a previous bill, an amendment which affirms the desire to keep firearms out of the hands of mentally troubled individuals while at the same time protecting civil liberties and the Second Amendment rights of law-abiding gun owners.

My interest in this bill was prompted by an article written by David French in National Review immediately after the Parkland shooting. In it the author lays out an argument that the means exist for crafting an order which would lessen the chances of troubled persons having the ability to commit such acts while protecting our liberties. French has written several other articles on the subject (here and here), and it was with these points in mind that I joined the negotiation over the current proposal. I would urge anyone interested in this issue to read these articles.

I contacted the sponsor of the bill and started a discussion which has led to the amendment which will be debated in committee when we return to Springfield in early May. These discussions resulted in the bill we now have, and I’ve signed on as a chief co-sponsor.

Here’s a chart showing where we started with this bill and where we ended up: 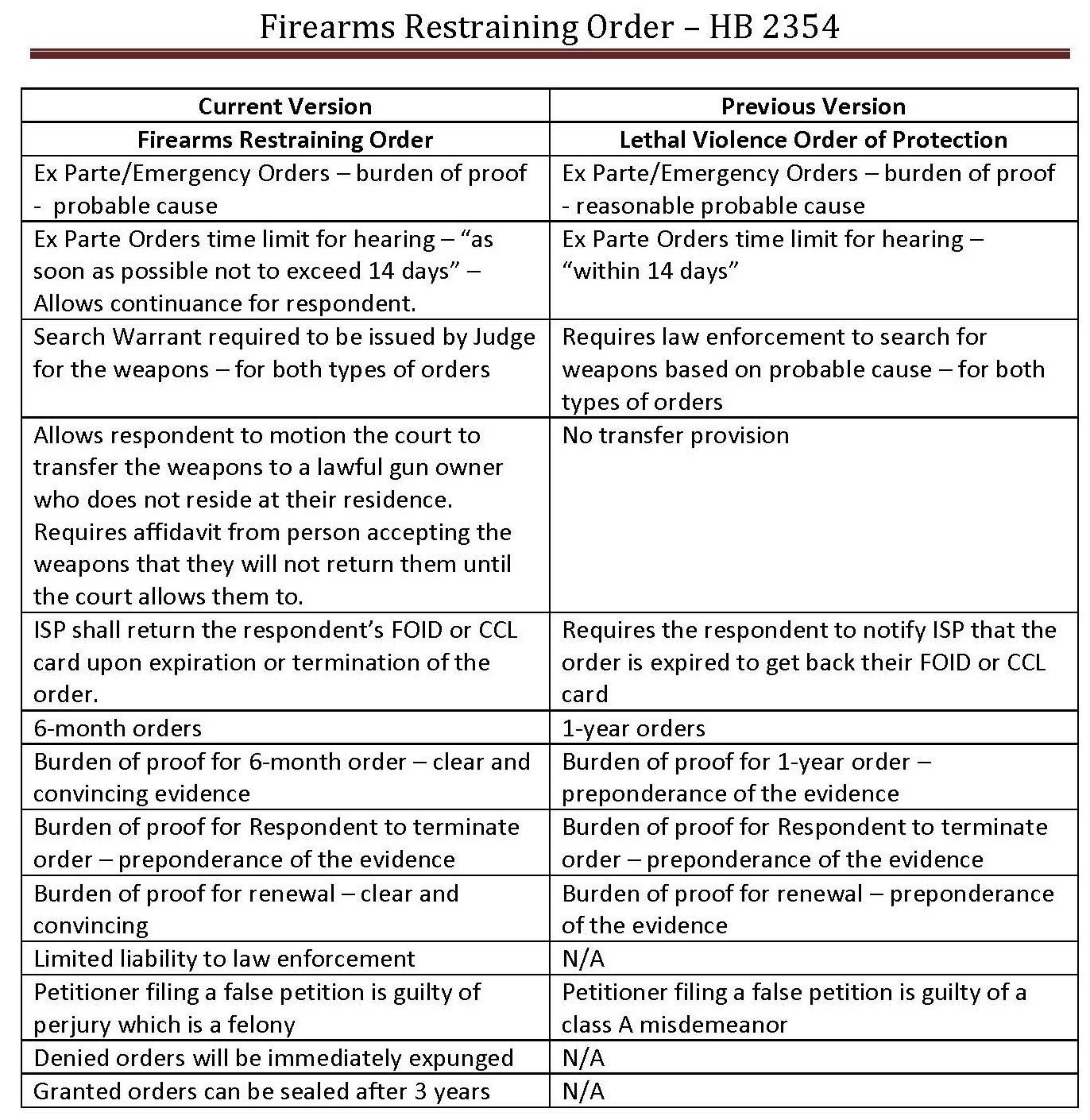 As you can see, there’s been a great deal of movement toward the protection of civil liberties. There are several minor changes which have yet to be made to the bill, which will be offered in committee. It’s to the credit of the bill’s sponsor, Representative Kathleen Willis, that we’ve been able to craft a compromise that, if enacted, could serve as a model for legislation in other states. This is what bipartisanship is supposed to look like.

The NRA has come out in support of firearm restraining orders, and I urge anyone who cares about Second Amendment rights (and I place myself firmly in that camp) to consider this bill as one which strikes a reasonable balance between doing something to deter mass shootings while protecting our liberty. As David French recently wrote:

“If you’re concerned about confiscatory gun control, the real threat to the Second Amendment isn’t a measure like the GVRO, it’s the increase in mass shootings. Each shooting exacts a terrible toll in human life. Each shooting is a shock to our political system. It’s a shock that unites a nation in grief but also divides it in rage.”

I’ve recorded an episode of my periodic series of videos called “Riding Shotgun with Steve”, in which I further explain the bill: