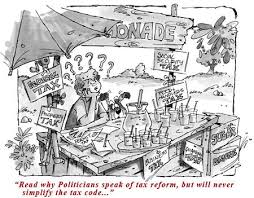 The latest story to hit the airwaves is the threat by the Federal government to cut off food stamp (SNAP) benefits to Cook County as a result of its 1 cent per ounce “pop tax”, which could result in an estimated cut of $87 million to the county. I find this to be hilarious on several fronts.

This all stems from the fact that items purchased using a SNAP card are exempt from sales tax. The Feds are saying that unless Cook County finds an acceptable workaround to allow for the purchase of SNAP-eligible items exempt from the new sales tax, Federal funds are at risk.

First, the County was apparently informed of this back in June, but it went ahead and imposed it anyway. It would appear that gluttony isn’t a vice reserved to individuals.

Next, when the Illinois Retail Merchants’ Association’s (IRMA) suit to have the tax repealed on Constitutional grounds was dismissed by a Federal judge, the County sued IRMA for $17 million, simply for asserting a right in court. The suit has been withdrawn, but not before an ordinance was proposed by a member of the Cook County Board to require board approval prior to filing any similar suit, and legislation has been filed in the House seeking a similar result. Once again, here’s an instance of government’s habit of “ready, fire, aim”.

Finally, and most hilarious of all, one of the stated goals of the SNAP program, straight from the IDHS website is to: “help low-income people and families buy the food they need for good health.” Nothing screams “good health” like a 2-liter bottle of Mountain Dew. (Parenthetically: The tax is calculated on a “per ounce” basis, who’s doing the math on the metric conversions?)

However, there’s a silver lining around this particular dark cloud. Since drinks purchased using SNAP benefits are tax-exempt, I will lay a dollar to a donut that some bright entrepreneurial SNAP recipient is already buying up every 12 pack of pop in sight with an eye to creating a business selling “loosies”.